The new pavilion has been erected and the completion date is estimated to be sometime in July.

Last weekend Stonham’s Saturday side beat Eight Ash Green who travelled up from North Essex.
Scott Martin, Harry Wrinch and Scott Eade got Stonham off to a good start after Eight Ash Green posted a decent total of 205 (all out), however, the star performer was the captain.
Following a seven wicket haul against Harwich and Dovercourt the week before, Captain Charlie Tunstall continued his rich vein of form by taking 4 wickets and notching-up 65 runs, helping Stonham to victory.

There was no game for the Sunday side who continue their campaign in two weekend’s time. 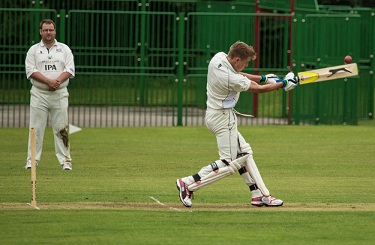 Stonham off to slow start as Wrinch, Fenning and Crane shine