Stonham welcomed Harwich on Saturday, looking for their first win of the season. Despite a heavy morning shower (below) that left puddles on the square, the game started in sunshine at 1.30pm after having been reduced to 80 overs.

Stonham won the toss and batted, and in the 8th over found themselves at 36-2 having lost both Scott Martin (0) and Harry Wrinch (21). Stephen Lewis and Scott Eade consolidated, with Eade quickly into his stride and punishing the bad ball. When Lewis fell for 26, their partnership of 87 had potentially laid a fine foundation for the last fifteen overs whilst the innings still remained somewhat in the balance. Colin Macrow and Eade shared a fifty stand of their own before Eade departed for a impressive 78 in his first knock of the season. Macrow and Luke Edgar added 66 in the remaining 7 overs, with Edgar plundering an unbeaten 47 – twice clearing the village hall with massive blows. With the final score standing at a mighty 239-4 Macrow ended 32 not out, although the heft of his swing on the final ball of the innings was so severe that he subsequently found that he’d fractured his collarbone and expects to miss six weeks.

Chasing six an over, Harwich were initially stiffled by the tight bowling of Jack Rumsby-Barnes and Paul Storer. Attempting to counter-attack, Harwich wickets began to tumble at a regular rate. Backed by a superb effort in the field, Rumsby-Barnes claimed three wickets, Scott Martin one, and Luke Edgar ran out the dangerous Abbas with a direct-hit from cover. Young Steve Stowe snared a fine catch on the boundary to remove Harwich’s top scorer Carter (34), whilst Scott Eade and Jack Rumsby-Barnes both snatched catches of their own with diving efforts. With the scoring rate remaining on track and Harwich now an outside threat, Ant Stowe and Stephen Lewis notched the final five wickets in a seven over burst – Stowe with a bowled and caught behind (capping an excellent day behind the sticks for Simon Edgar, who also conceded no byes) and Lewis taking three wickets including two caught and bowled.

In the end, a 107 run victory was fair reward for Stonham’s strong performance in each of the three facets of the game. The team now look forward to a key visit to fellow strugglers Nowton next week, and hope to maintain their winning form. 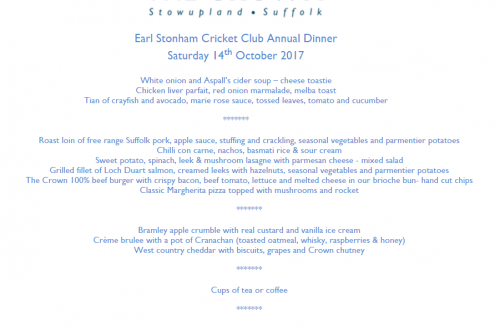 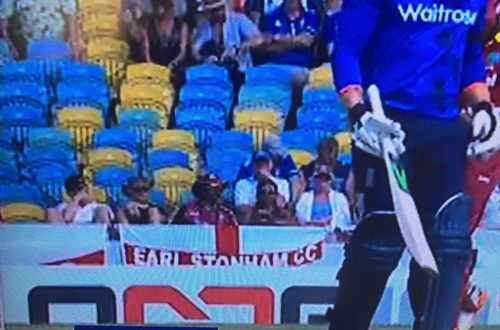